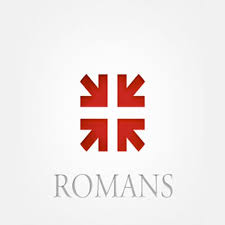 Let’s open our Bibles to Romans 18 verse 23. Did you find it? No, you didn’t and I’m sorry. What you see as the title is not a book in the Bible. It’s the pronunciation of ROMANCE. Let’s leave it that way so that I can remain the spiritual sister that I am.
you can get a chilled drink and maybe some popcorn too (except you’re reading this in the middle of the night sha) as we go on.

My special friend (slide in the Dm to know more) asked me “Do you like romance?” I replied, “yes, of course, I do.” He rolled his eyes at me and gave me that ‘tell me more’ look

I remembered that he had asked me that same question about a week ago and I’ll share all I remember telling him.

I like romance okay..
1. Romance is not as ambiguous as we make it seem. It’s in the little things we (in this case two people in love or otherwise) do for, with and for each other.
Wikipedia defines it as an emotional feeling or love for, or a strong attraction towards another person, and the courtship behaviors undertaken by an individual to express those overall feelings and resultant emotions.

Lemme digress a bit. On the 2nd of December, my parents will celebrate their 30th wedding anniversary and believe me when I say they know their onions in matters like this. I see the way mummy hugs daddy when he gets back home and the look on daddy’s face after he gives mummy a kiss or more….

It’s in the way the guy sells his wristwatch to buy her a comb and she sells her hair to buy him a watch. It’s in the way we blow random kisses at each other at random times and in random places. I could go on and on and not run out of examples but you get the gist abi?

2. Romance as in Romans. I love romance like I said earlier but there are some fires I can’t and shouldn’t even bother starting now till the time is ripe, not forgetting that my body is the temple of the Holy Spirit and I cannot just sesekuse. so, as much as I may have physical touch as my love language, I will still honour God with my body and not enter uncharted territories… Lmao

Lastly, single or married, we’ll always have people around us who we need to remind them by words and actions that we love them. Dead people don’t hear it. Let them hear it enough while they’re alive.

Finally, Romans 12:1 and 2 encourages us to present our bodies to God as a living sacrifice, holy, acceptable unto God, which is our reasonable service and to not be conformed to this world but be transformed by the renewing of our minds so we know what is the good, acceptable and perfect will of God. That’s the highest form of romance, isn’t it?